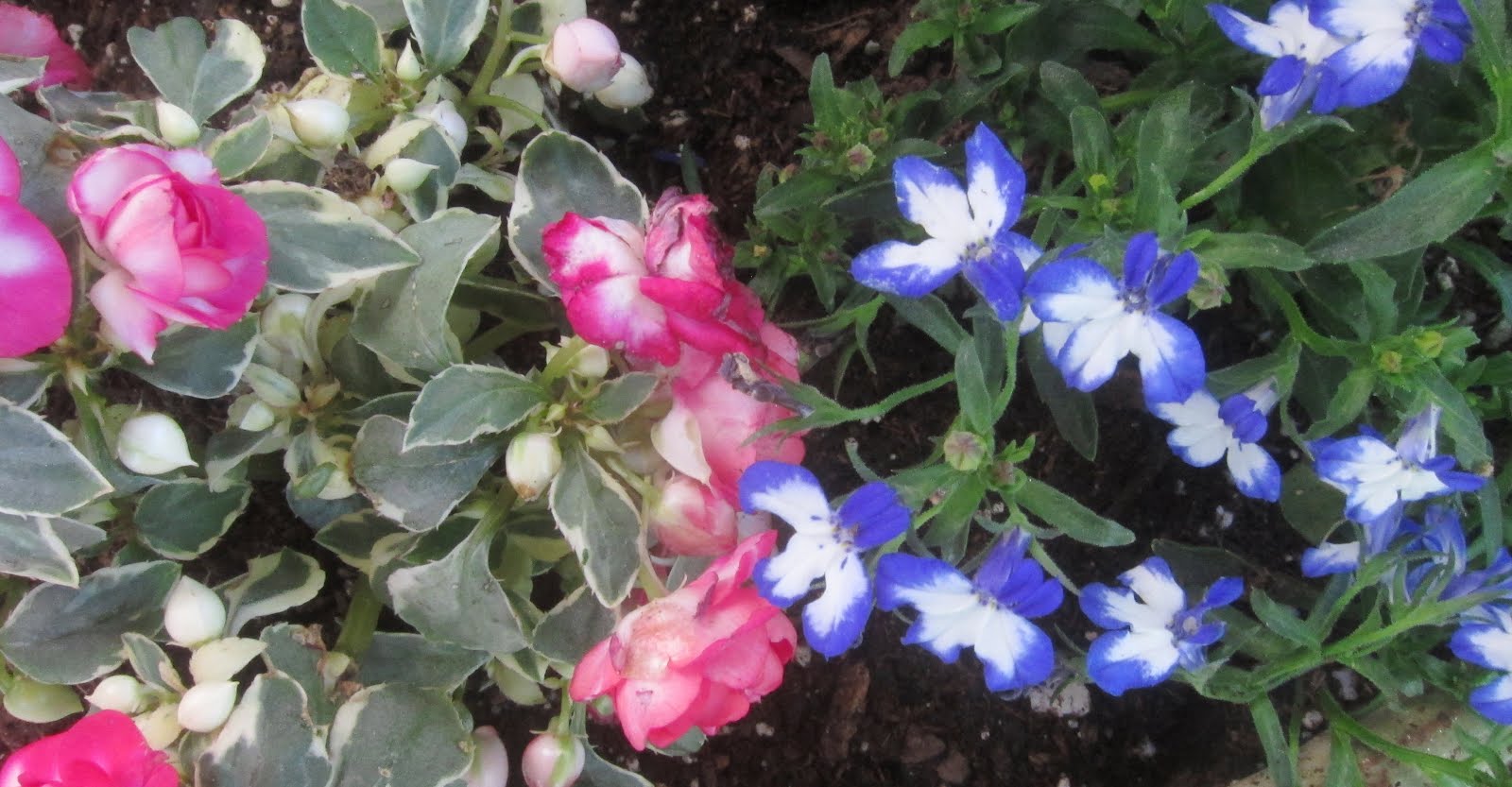 Entering the World of Movie Making

I spent two days this week putting together a loom and weaving for a film being made near here.  The film is about finding your ancestors and they use the loom and the threads as a metaphor for tying us and connecting us to those people in the past.
We were going to move my big loom down to the studio (they needed a black backdrop around the loom and the ability to film overhead), but I found I could fold my loom to 30" and my door openings are 29".  I called several people and the film people took pictures of several looms to check them out.  They finally found a loom in storage in a local house.  This loom had to be dismantled to take to the studio and had not been in working order for some years.
I wish I had taken pictures of what it looked like and my experience there.  I have not been blogging long enough to be used to always having the camera to catch the things I want to share.
The loom was a counter balanced loom with a rigid frame that was very old.  The internal workings (shafts, heddles, rollers) had been updated and replaced by a loom store that went out of business in the 50's.  That gives you an idea of the loom.  They put it together on the sound stage and I was worried about what it would be like to get a loom working that had been put together by people who had never seen a loom!!!
When I got there the frame was squared nicely and all the screws and bolts were very tight.  The beater didn't move and the brake pawl was rigid.  Of course these were an easy fix, just loosen the bolts a little.  However the shaft frames were stacked on the floor with heddles sprawled randomly.  The heddle rods had fallen out at some time and the heddles were falling off willy-nilly.  There were some ropes for tie-ups and pulley ropes to give me an idea of how long to replace them so that the shafts would hang right.
I am not experience with counter balance but have read a great deal about it and after threading a 36" width of threads, was able to get the treadles adjusted to give a "clear" shed.  I was alone on the sound stage at this time (the cast was out on site), and when the sweet old lady loom opened a clear weavable shed, I just jumped up and cheered.  I phoned the man that had arranged for me to do this and had found the loom...All I said was "we have weaving".  He was thrilled later when they came back for lunch to see the thing working.
After lunch, and after I had woven about a yard so the loom looked well used, they set up the place for filming.  The room was dark, black curtains behind me, the loom lite from above and the side and me in black so that I didn't show much.  My part was to be the hands that were weaving.  The filming part was great, I just wove slowly and the camera paned around me.  Then changed lenses and did it again, then changed lenses and did it again.....you get the picture.  I had a microphone close to the loom to get the sound of the rhythm and the wonderful sound of threads moving and a shuttle weaving.  The pictures are just for the beginning of the film to set the stage for finding your ancestors, so I was really a neutral/unseen weaver, they wanted the hands doing the weaving.
They were taking pictures of the shuttle going back and forth and the warp threads opening and closing.  At one point the director wanted a picture of the shuttle coming out of the shed towards the camera.  I wove and kept chanting in my mind "be sure to catch the shuttle, be sure to catch the shuttle."  How many times have you thrown a shuttle across the warp and had it fly out and hit the wall, or in this case a very expensive camera.  The director said "I want to be scared"....I should have let him know that I was sure scared....
I had to leave because of my class and so I had shown another person how to make the hands look like they are weaving.  I hope she did ok.  As I left I saw my shuttle dive through the threads to the floor and her saying loudly..."this is not as easy as it looks."
It was an interesting experience and I got to see people interested in a different talent/skill/craft than I am.  I love to see people that enjoy what they are doing and are passionate about it.  I have found my passion and I believe everyone should find theirs.
Posted by Deanna 2 comments:

I came home from work and my husband told me I had missed the First Crocus of Spring.  The next day I was out there getting a picture.  By the then, I had two in bloom.  They look a little ragged, but they are putting up with some wind and a little rain. 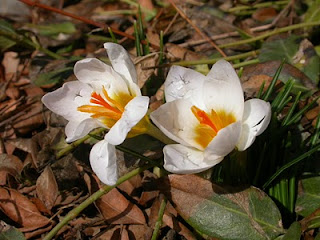 It is great to see spring is coming.  I also found green coming up all over the yard. 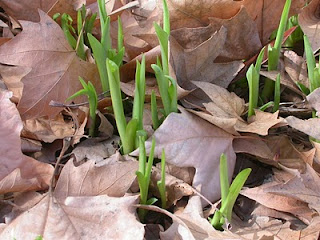 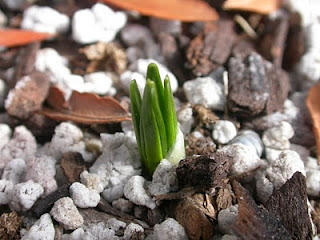 I look forward to seeing more crocus, but I am not looking forward to getting the leaves off the lawn.  Between the leaves and the pods from the locust trees, we have a couple of days of raking.  It would have been much better to get it done before the new growth had started coming up...oh well.
My "Born-Again" pin cushions came from a couple of belts that I had.  Several times I have redone some of my old weaving to get a new piece.  I always refer to these as "Born Again."  In the 90's I made two vests from a full length skirt that I wove in the 60's.  This time I had a couple of belts and I cut them up and using an old article from Handwoven, to make the pin cushions.
I had been thinking of buying a few pin cushions so that I could have one on each loom.  I hate it when I need a pin, or when I need a place to put a pin when I am weaving.  It is not so nice have the castle space with pins floating around, a pin cushion makes it much easier to get one and to control the ones that are there.  So when I remembered the article that made the little shapes from Inkle bands, I knew I could get some pin cushions easily. 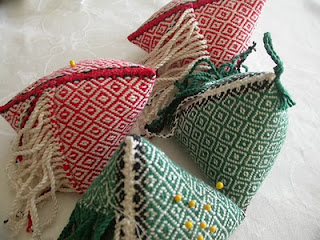 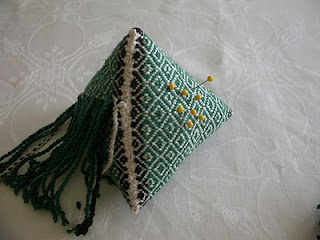 They are cute and they sit in the castle of the looms so that I have a good place to put pins.  They are so large that I am afraid if I just stick a needle in there it will disappear, so I will have to be careful how I put in needles, but the large head pins that I use on the looms now have a good home. 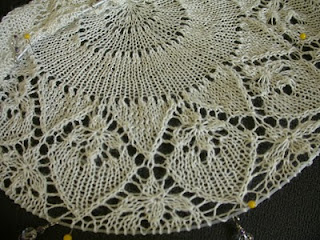 I have been working on a KAL (knit a long) shawl, and I am pleased how it looks.  I just finished  clue 1 and I hope to start clue 2 this weekend.  The shawl is a big circular shawl, and I have never made that kind so I am excited to see how it is to wear.  It is also based on Elizabeth Zimmerman's Pi shawl.  Which means every so often in the pattern, you will double the number of stitches.  On my picture you can see several rounds where the stitches were doubled.  Those areas should smooth out in the blocking.  I really like the little trifoil motif that she has put in the pattern.
Posted by Deanna 1 comment: